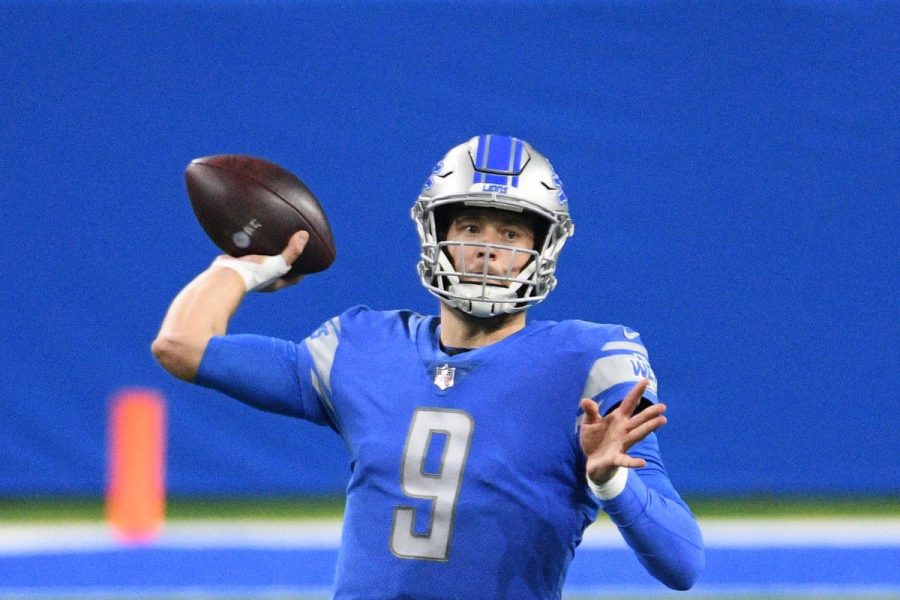 The Lions have made many changes to their coaching staff and roster so far this offseason. Detroit’s future has looked bleak at times, but these moves might provide a spark for the team.

Arguably the most impactful move was trading quarterback Matthew Stafford to the Los Angeles Rams in exchange for quarterback Jared Goff, a 2021 third round draft pick and two first round picks in 2022 and 2023. Stafford has been the starting quarterback for the Lions since 2009. He threw for over 45,000 yards and 282 touchdowns in his Lions career. He also had 38 game winning drives.

“It sucks to see him [Stafford] go, but he does deserve to go. I don’t get why he did it now when he could’ve done it much earlier, but it’s a good trade. I think it’s time we just go back into our board and start our rebuild,” senior Diloon Talya said.

Another big move was the firing of head coach Matt Patricia. Patricia had a record of 13 wins, 29 losses and one tie in his three seasons as the Lions head coach. As a result, the Lions hired Dan Campbell to replace Patricia. Campbell played for the Lions from 2006 to 2008. He was an assistant coach for the New Orleans Saints for five years before getting hired by Detroit.

“I think it was a really good move by the Lions,” senior David Ripema said, “Campbell has a lot of great energy.”

The changeover within the Lions’ roster and the coaching staff has many fans optimistic for the future of the team.