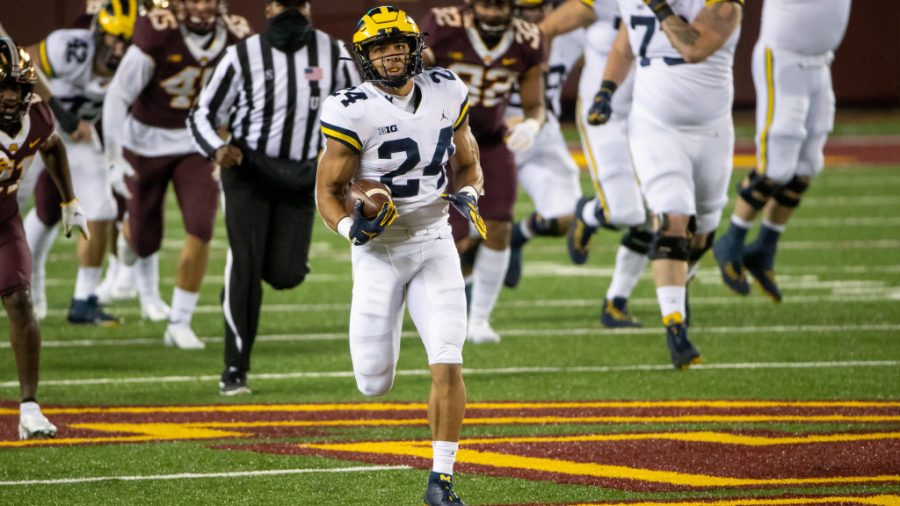 Big Ten football is back, which means Michigan and Michigan State kicked off their respective seasons this past Saturday.

Michigan has some momentum after they defeated Minnesota 49-24 on the road to open the season. New quarterback Joe Milton had one passing and one rushing touchdown. Running back Hassan Haskins added two touchdowns and Zach Charbonnet had one touchdown to lead the Michigan offense.

Michigan State suffered a disappointing 38-27 loss to Rutgers last Saturday. They had a total of seven turnovers, two interceptions and five fumbles. There were a few positives from this game though. Quarterback Rocky Lombardi threw three touchdown passes, two of which were to wide receiver Jayden Reed.

Next up will be a meeting for the Paul Bunyan Trophy on Saturday as Michigan and Michigan State collide in Ann Arbor.

MSU has won eight of the last 12 games, but Michigan has won three of the last four meetings. The Wolverines are heavy favorites in this game. The game will be this Saturday at noon from an empty Michigan Stadium.